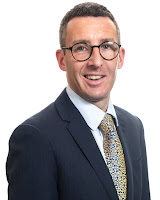 Alliance Party Member of the Northern Ireland Assembly for North Down

Former Mayor of North Down, Councillor and Alliance Party Group Leader on Ards and North Down Borough Council

North Down Alliance MLA Andrew Muir has requested that a pedestrian path and appropriate slow signs be installed along a section of the popular local walking route from Helen’s Bay to Helen’s Tower. 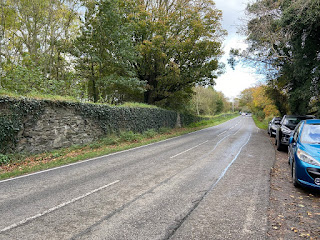 Commenting on the issue Andrew Muir MLA stated “The route from Helen’s Bay to Helen’s Tower using the Clandeboye Way is well trodden and while most of it is along quiet country paths there is one small section that goes along the Crawfordsburn Road near the Clandeboye Estate.

Along this part of the road there is no footpath and it is very dangerous for pedestrians with some cars passing at speed. After being contacted by a number of concerned walkers I have contacted the local Department for Infrastructure Roads Section and requested they consider installing a pedestrian footpath along this section of the road as well as a slow signage to encourage motorists to reduce their speed. I hope the Department will see fit to move forwards with these measures as they would greatly reduce any risk to walkers and hopefully encourage more people out on this fantastic walking route.”

North Down Alliance MLA Andrew Muir has welcomed the intervention of the Infrastructure Minister after Transport NI refused to consider installation of additional signage to curb speeding traffic along a key route in Helen’s Bay.

The Alliance MLA contacted the Minister after being contacted by concerned residents with young children worried at speed of vehicles along both Craigdarragh Road and Fort Road in Helen’s Bay.

Commenting on the issue, Andrew Muir MLA stated “As vehicles enter Helen’s Bay Village along the Craigdarragh Road speeds are meant to reduce to 30 mph but sadly this is not always the case with a real need to get new signage erected reminding motorists to reduce their speed.

With a number of local residents making contact concerned about safety of pedestrians especially children and younger people I was profoundly disappointed our Roads Authority Transport NI refused to take action and therefore raised with the Infrastructure Minister. I am glad the Minister has thankfully intervened and requested a review of signage in the next few weeks. I would urge the Minister and the Roads Authority to ensure this review elicits action before it’s too late”.

To ask the Minister for Infrastructure, in light of concerns expressed by local residents in relation to speeding, whether she will consider erecting additional signage on (i) Craigdarragh Road; and (ii) Fort Road, Helen’s Bay, to warn motorists of the 30mph speed limit.

The Highway Code for Northern Ireland states, at rule 124, that the presence of street lights indicates that a 30mph speed limit exists, unless otherwise specified. As Fort Road is within this street lit urban setting, repeater 30mph signs would not be considered appropriate.

Where residents have concerns about speeding, I would encourage them to contact the PSNI who are the enforcement authority and can be contacted on their non-emergency number, 101.

North Down Alliance MLA Andrew Muir has raised the lack of investment in North Down roads with the Infrastructure Minister in the Assembly Chamber on Tuesday 20 October 2020 mentioning he has “a list the length of my arm of roads in the North Down constituency that require repair and maintenance”.

Commenting on the issue, Andrew Muir MLA stated “During Assembly proceedings we were informed by the Minister of staggering amounts paid out partly due poor roads maintenance but yet only £1million in additional funding has been sought in the October Monitoring Round to cover Minor Works, Local Transport and Safety Measures to get roads and pavements resurfaced, pot holes fixed and other key local measures.

With so many roads and other infrastructure are in real need of action locally in North Down but yet only half a dozen selected this year for repair and resurfacing it’s incredible just £1million more funding has been sought for all of Northern Ireland. I would again urge the Minister to explore every avenue possible to ensure chronic under investment in Infrastructure across North Down and beyond is tackled.”

Infrastructure Minister stated on 20 October 2020 in response to a Question from Andy Allen MLA “I can confirm that, during the six full financial years from 2014-15 to 2019-2020, £13·1 million in roads-related public liability compensation was paid in claims for vehicle damage, personal injury and property damage. During the same period, the Department received 18,452 public liability compensation claims and paid compensation in 10,453 cases. However, I wish to make it clear that claims received in one financial year are not always concluded within that financial year. Therefore, the figures that I have provided for cases where compensation was paid out, as well as the compensation amount, will include details for claims received in prior financial years. It has been independently established that, at today’s prices, some £143 million is needed to maintain the structural integrity of Northern Ireland’s road network. However, due to budget constraints, that amount has not been available over the period in question.”

North Down Alliance MLA Andrew Muir has welcomed commitment obtained from the Infrastructure Minister to review speed limits along the Ballyrobert Road after a long campaign led by local residents to extend the 30mph restriction to cover entire Crawfordsburn Village area.

Commenting on the issue, Andrew Muir MLA stated “Concerns about the speed of traffic travelling along the Ballyrobert Road in the area already designated as Crawfordsburn Village have been well documented and reported over the years but not yet resulting in action by Transport NI to reduce the speed limit from 60 to 30 miles per hour.

I am disappointed that Transport NI has persistently refused to reduce the limit to 30mph from Clandeboye Avenue to the current restriction ending at Crawfordsburn Filling Station despite many requests and motion jointly proposed by Alderman Marion Smith and I at Ards and North Down Borough Council. With many houses now built extending along the Ballyrobert Road to the Clandeboye Way it’s vital speed limits are reduced for the entire area designated as Crawfordsburn Village to avoid real risk of people being injured or worse as a result of cars proceeding at 60 mph in what is now a built up urban area.

Intervention of the Infrastructure Minister requesting that a new assessment is undertaken is therefore welcome after I raised the matter in a formal Assembly Question posed to Minister Mallon. I urge the Minister and Transport NI to fully consider the issue afresh and bring forward the much needed changes essential to safeguarding safety of local residents”