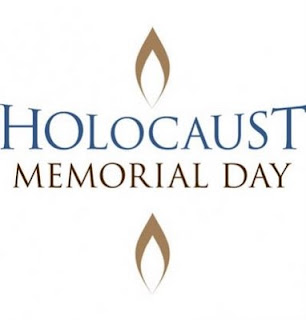 The stories provided were moving and the opportunity for reflection was worthwhile and emotive.

I did however leave with a feeling that the Northern Ireland Executive is failing the people and that lesbian, gay and bisexual people remain second class citizens, still sidelined in Northern Ireland when we are meant to be welcoming everyone previously affected by the Holocaust.

No Minister from OFMDFM bothered to turn up, not even a Junior Minister. It fell instead to a Civil Servant to appear. On a day when the issues of division and intolerance were again highlighted in the NI Assembly neither Peter Robinson nor Martin McGuinness nor Gerry Kelly nor Jeffrey Donaldson bothered to travel to Ballymena.

For those who are not aware, the Holocaust affected many people including Jews, people from Poland, Asia, Eastern Europe, Soviet Union and Africa, members of the travelling community, people with disabilities, lesbian, gay and bisexual people, transsexual people, political opponents and religious dissidents such as communists, trade unionists plus Jehovah's Witnesses.

I was therefore incredulous when Maurice Mills opened the event considering the fact that he had previously remarked;

"The recent Hurricane Katrina descended on New Orleans and took many people suddenly into eternity. However, the media failed to report that the hurricane occurred just two days prior to the annual homosexual event called the Southern Decadence Festival which the previous year had attracted an estimated 125,000 people. Surely this is a warning to nations where such wickedness is increasingly promoted and practised."

As if this wasn’t enough, I was then astounded to hear Bruce Robinson substituting sexual orientation with the word lifestyle when listing the people affected by the Holocaust.

For those who are unaware, lesbian, gay and bisexual people don’t choose their sexuality like choosing what clothes to wear. Any implication that sexuality is a lifestyle choice is extremely offensive since it implies that it is something that can be changed, giving credibility to blatantly homophobic opinions adopted by people such as Iris Robinson.

After visiting tonight’s event it is increasingly obvious to me that some people involved in the government and politics of Northern Ireland often preach tolerance and acceptance only to then add a BUT when it comes to some minorities such as lesbian, gay and bisexual people.

Since the return of devolution I am now increasingly of the opinion that we need a fresh approach from the Community and Voluntary Sector to deliver a new Northern Ireland which accepts everyone.

I am currently pondering the exact nature of this new approach and whether it should be of a gradual or more radical nature.

I have however already formed an opinion in relation to two matters, namely that people like Maurice Mills shouldn’t be welcomed to preside over such ceremonies without withdrawing their prejudicial comments nor should the Head of Civil Service be allowed to go unchallenged after stating that being lesbian, gay or bisexual is a lifestyle choice.

Realisation of a dream? 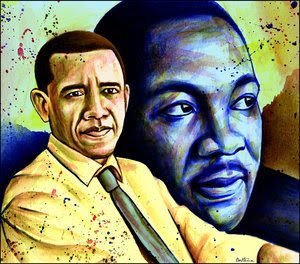 Tuesday 20 January 2009 will go down in history as a defining moment in American history when a new era commenced and old chapters were closed.

Whilst a lot of work still needs to be done to fully realise MLK's dream, the Inauguration of Obama proves to me that some dreams do partially come true when you recall Martin Luther King's comment that;

"I have a dream that one day this nation will rise up and live out the true meaning of its creed: 'We hold these truths to be self-evident, that all men are created equal.'

The battle ahead is to ensure that everyone enjoys true equality including minorities such as lesbian, gay and bisexual people who still experience marginalisation and blatant discrimination across the USA in 2009, 45 years after MLK's "I have a dream" speech