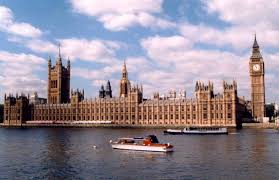 During the General Election campaign I was bombarded with emails, post and phonecalls from a variety of organisations lobbying me as Alliance Party candidate in Newry and Armagh.
Whilst I support the majority of causes my overwhelming impression is that companies and Non Governmental Organisations (NGOs) that contacted me need to improve their Lobbying skills.
In one instance I received a cold call from a person requesting my address. Once they had received my address they promptly terminated the phonecall. A few days later I received a glossy brochure which told me lots about the organisation but failed to include a call to action. In response I promptly placed the brochure into my recycling bin.
Nearly everyday I received emails which have clearly been generated using Copy and Paste technology. Lengthy Adobe Acrobat PDFs were often attached providing tons of information about the cause the organisation wanted me to support. If organisations sending such emails believe that their recipients have the time to read the massive amount information sent they clearly don’t understand politics. During an election most candidates are extremely busy spreading their message amongst their electorate. Any spare time is often spent with partners, friends and family not reading volumes of information sent via email from an unknown individual into their Inbox.
I also received Surveys from organisations asking me my views in relation to a number of matters. I once received a questionnaire from the Union asking “Are you prepared to oppose all cuts in public expenditure and public services?”. I am really surprised that the Union asked such an ill thought out question. Any Election Candidate who answered yes was either living in cloud cuckoo land or didn’t take the election seriously. Cuts in public expenditure can never be ruled out. For example, did the Union want all Election Candidates to stand firmly against cutting the pay and bonuses awarded to fat cat bosses?!
I did however receive a number of short emails from constituents asking me to support a cause which they have a personal interest or association with. These emails were great way to for the electorate to engage with their candidate and vice versa. I got a real understanding of the issues in the constituency. It was also a good means to connect people with politics.
A few important lessons should be learnt by organisations as a result of the Election Campaign.
The first lesson to be learnt is that impersonal approaches are a waste of time. Organisations seeking in influence politicians should instead spend time developing genuine personal relationships with politicians on an ongoing basis.
The second lesson is that constituents should also be encouraged to make contact with their prospective and elected representatives, bringing the issues that matter directly to the politician.
With more effective lobbying an increased number of politicians will hopefully deliver for the people all year round rather than just when an election is on the horizon.

Not to disrespect your own performance, Andrew - as I think I said to you the morning after, you got the best Alliance result in the seat since 1998 - but I wonder if there is a bit of a selection effect here, in that the more clued-in NGOs didn't expend much effort on candidates whose parties had not previously scored above, say, 5%, so you only heard from the less clued-in ones?

It was a good result indeed and I am happy with Alliance performance across NI - from Crossmaglen to Castlereagh!

My issue is not that I was "ignored" and not the focus of the "limelight" since, surprise surprise, I didn't expect to win. My issue is that most lobbying was simply a waste of a stamp.

I recognise that re-election of the incumbent (Sinn Fein - Conor Murphy) was largely a forgone conclusion and that he would have been subjected to more personalised lobbying.

It is however fact that all candidates across NI were subjected to the examples I have cited such as organisations asking me to sign up to their "pledges", sending glossy brochures with no call to action and questionnaires with pointless questions canvassing views.

These efforts were largely a waste of time and probably undertaken to show that 9 out 10 PPCs agreed with the organisations pledges rather than actually trying to achieve something meaningful.