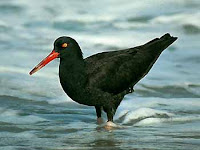 I am now calling for urgent action by NI Water after discovering a series of pollution incidents which have taken place in the Kinnegar area since 2008. The pollution has taken place in an area inhabited by lots of wildlife whilst health concerns are now arising as a result of what NI Environment Agency describe as a ‘chronic problem’.
Earlier this year I discovered that over 70 odour emission incidents had occurred at Kinnegar Waste Water Treatment works during 2009. After discovering this shocking statistic I started pressurising NI Water to take action and was recently informed that approximately £100,000 would be spent surveying the sewage system across Holywood to identify the cause of the pungent sewage smell which regularly emanates from the area surrounding Kinnegar Waste Water Treatment Works.
As part of my campaign to end the sewage smell I contacted NI Environment Agency (NIEA) to ensure the odour problems were not related to any pollution in the area. NIEA have subsequently informed me that the reed beds and pond system near the Treatment Works were polluted with raw sewage on a number of occasions in 2008, 2009 and again in 2010 as a result of what NIEA describe as a ‘chronic problem’.
Wildlife at risk
I am very concerned after discovering that the scenic Reed Beds have been polluted on an number of occasions since 2008. After conducting some research it’s apparent that reed beds are located within Kinnegar Lagoons which are home to a wide range of wildlife such as Great-crested Grebe, Shelduck, Swans, Oystercatchers, Gulls, Terns and Small Waders. I fear that some wildlife may have been harmed as a result of these pollution incidents and that many may perish if Northern Ireland Water don’t resolve this chronic problem without delay.
I also fear that NI Water may now soon start facing fines due to this chronic problem. Wildlife should be able to live in the lagoons free from raw sewage whilst people should also be able to live, work and travel past the area without being subjected to a disgusting sewage smell on an ongoing basis.
Chronic problem causing health concerns
I was recently contacted by people working in the area who reported that the smell sometimes makes then sick and light headed whilst another worker had to go home from work after feeling seriously nauseous as a result of the smell.
The lack of strong action by NIEA in relation to this matter yet again proves the need for an Independent Environmental Protection Agency. After querying why NIEA have only issued Warning Letters I was informed by a Senior NIEA official;
“No further enforcement action, other than a warning letter, was taken in this case as the problem was associated with deficiencies in the sewerage network inherited from DRD Water Service and not due to act or default on the part of Northern Ireland Water (NIW).  The blockages were cleared quickly on each occasion by NIW and as you will be aware a survey of the sewerage network in the area is ongoing to identify a solution to this chronic problem.”


NIEA have detailed “during the period 1 April 2007 to 31 March 2010 pollution incidents attributed to NIW have attracted the following enforcement action: 16 successful prosecutions with fines totalling £34,200, 6 further files currently with the Public Prosecution Service, 64 warning letters”
The era of “light touch” regulation most stop with less Warning Letters and more Prosecutions to ensure the environment is safeguarded rather than abused.
I have now written to the Minister for Regional Development calling for urgent action and am now seeking a meeting with NI Water to discuss how they intend to plug the sewage problem without delay to safeguard wildlife and to protect the health of people living, working or travelling nearby.