Conscious that Local Authorities in Great Britain have started switching off street lights at night to save money I was keen to ascertain if the Roads Service also intend to flick the switch.

I therefore raised a question at a recent Council meeting seeking to ascertain if they plan to copy their counterparts across the water and was informed that no plans exist to flick the switch in Northern Ireland.

I am glad that street lights will continue to shine at night with smart solutions to be pursued instead such as dimming the lights at dusk and dawn. Keeping areas well lit at night reduces the risk of accidents, helps cut crime and the fear of crime.

Smart solutions such as dimming lights at dusk and dawn when full beam isn’t necessary makes sense but leaving neighbourhoods in darkness could result in a crime wave. With burglaries on the rise we need to ensure nothing is done which makes it easier for criminals to operate such burglars.
Email ThisBlogThis!Share to TwitterShare to FacebookShare to Pinterest My fellow Alliance Holywood Councillor Larry Thompson and I are delighted following the recent decision by NI Environment Agency to abandon plans to de-list the iconic Johnny the Jig statue in Holywood, Co. Down.

Commenting on the development, Cllr Thompson stated “Following extensive lobbying by Cllr Muir and I, Holywood Conservation Group, North Down Borough Council, Historic Buildings Council, Ulster Architectural Heritage Trust and many concerned residents I am delighted that the NIEA has reconsidered their proposal and abandon plans to delist the statue. Without this protection the statue may have faced an uncertain future similar to other monuments across Northern Ireland which, over time, have either been destroyed or left to rot in storage warehouses.”

Concluding, Cllr Thompson stated “Johnny the Jig is an iconic statue by Rosamond Praeger, a well loved and respected local artist, which forms part of Holywood’s identity and will thankfully remain in place, protected in law. I would like to pay tribute to the Holywood Conservation Group for all their considerable work in helping to save Johnny the Jig from delisting."

I again call upon the Libraries Authority to abandon their plans to cut Holywood and Bangor Library Opening Hours after discovering that over £2m was spent upgrading Bangor Library and nearly £170,000 was spent last year refurbishing Holywood’s Historic library which previously served as Sullivan School.

Libraries NI recently announced plans to slash library opening hours across Northern Ireland. If plans proceed, Holywood Library opening hours will be cut from 53.5 to 40 and Bangor from 65 to 57 hours per week.
Read more »
Email ThisBlogThis!Share to TwitterShare to FacebookShare to Pinterest

Muir calls for gritting arrangements to be sorted


North Down Borough Council and the Roads Service need to sort out arrangements for the gritting of town centre footpaths before the winter arrives.

Last year town centre pavements were treacherous and arguments continued concerning who was responsible for gritting them. Towards the end of the cold spell grit was spread by North Down Borough Council but this was widely viewed as too little and too late with businesses trade badly affected.

Earlier this year I raised the issue and again I am urging the Council and Roads Service to come to an arrangement which ensures that town centre pavements are gritted when snow and ice is experienced. We simply cannot afford to leave businesses inaccessible for days.

I will continue to raise this issue at Council meetings until a satisfactory solution is found.

Time for talks on the past

Tomorrow the Alliance Party will table a motion at the NI Assembly calling for the Secretary of State to convene all party talks to find a way to deal with the legacy of the past. More details can be found at this link.

The Assembly motion follows the recent call by Alliance Deputy Leader Naomi Long MP for the Secretary of State to convene all Party talks to broker agreement on how to deal with the legacy of the past.

The appointment of Mary McArdle as Special Advisor, Martin McGuinness’s Irish Presidential Bid and the recent death of Gusty Spence have yet again highlighted the need to devise an inclusive means to deal with the past.

Rather than ignoring the past, seeking to re-write history or leaving the issue with the Historical Enquiries Team, Police Ombudsman and special inquires we need to devise a comprehensive and inclusive way to address the needs of victims and survivors.

Locally, the Alliance Party in North Down recently held a Talk and Discussion entitled concerning the past with Guest Speaker Lord Eames outlining key issues to be considered.

Alliance will continue to provide leadership on this important issue until an adequate means is found to address the legacy of the past since the Shared Future we all yearn for must be built upon stable foundations.
Email ThisBlogThis!Share to TwitterShare to FacebookShare to Pinterest 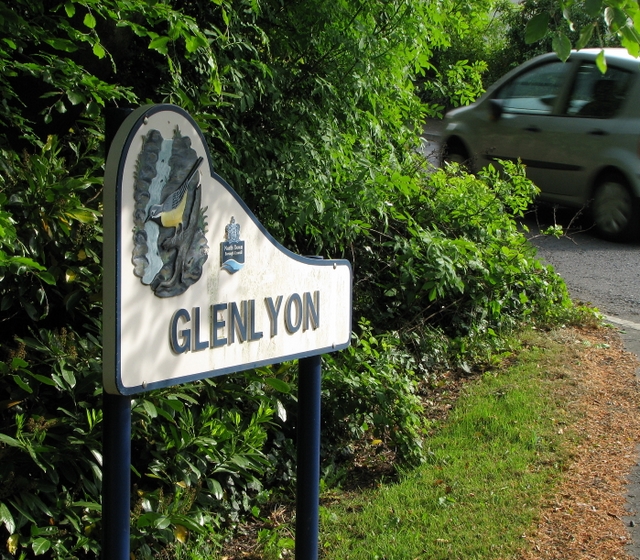 Improvements are required at one of Holywood's most scenic parks located within a steep ravine.

Glenlyon Park can be found off the Church Road in Holywood and offers visitors the opportunity to watch wildlife and roam across eleven acres of parkland which incorporates the Twistle Burn River and a picnic area. The park is an ideal venue for short walks only a few minutes' walk from Holywood Town Centre with ample car parking available on site for those who wish to travel from further afield.

This scenic park has, unfortunately, fallen into slight disrepair with some items vandalised whilst rubbish has also accumulated and steps sometimes slippy. Local people have contacted me concerned that the park seems to have been forgotten about whilst another resident has also reported that anti-social behaviour has been taking place in the car park after dusk.