North Down Council speaks out about The Holocaust

North Down Borough Council's Corporate Committee recently passed my motion concerning the Holocaust and agreed to consider compiling a series of events as part of Holocaust Memorial Day 2013. The decision now requires ratification by full Council this week. Motion below; 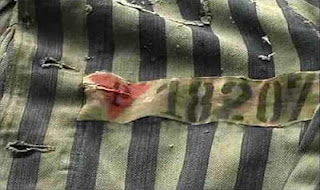 "That this Council recognises that the Holocaust was unprecedented in its character and horror, will always hold universal meaning, must never be forgotten and

In order to ensure current and future generations understand the causes of the Holocaust and reflect upon its consequences, request that officers bring back a report on the possibility of arranging a small series of events in North Down surrounding Holocaust Memorial Day 2013.

Costs for such events to be covered via current budgetary estimates for 2012/13."

Copy of my speech in support of my motion below;

Holocaust Memorial Day took place this year on 27 January, the same day 67 years later when Auschwitz was liberated in 1945.

The theme for this year’s commemoration was ‘Speak up Speak out’ touching upon previous comments from Pastor Martin Niemöller who famously remarked;

First they came for the communists,
and I didn't speak out because I wasn't a communist.

Then they came for the Jews,
and I didn't speak out because I wasn't a Jew.

Then they came for me
and there was no one left to speak out for me.

Tonight we have an opportunity to speak out and endorse a motion which recognises that the Holocaust was unprecedented in its character and horror and will always hold universal meaning and must never be forgotten.

We also have an opportunity to take action in order to ensure current and future generations understand the causes of the Holocaust and reflect upon its consequences by requesting that officers bring back a report on the possibility of arranging a small series of events in North Down surrounding Holocaust Memorial Day 2013.

The Holocaust is known in Hebrew as the "catastrophe" and involved murder of approx. 6million Jews. Of the nine million Jews who had resided in Europe before the Holocaust, approximately two-thirds perished.

The Nazi’s hatred of the Jews also extended to many other minorities which were discriminated against, persecuted and then murdered by the Nazis.

The Nazi’s hatred of anything different which didn’t conform to their vision of an Ayran race meant that most of us tonight here in this Council Chamber would have been rounded up, held captive, tortured, made to work and then eventually murdered with the infamous gas chambers responsible for the death of millions.

Expressing a different political view was, in the view of the Nazis, a justified reason to be killed. 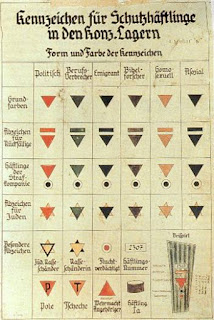 The total number of holocaust victims is estimated to be between 11 million and 17 million people and includes Jews, Soview POWs, Ethnic Poles, Romani, people with a disability, the mentally ill, black or Asian people, Freemasons, Slovenes, Lesbian and Gay people, plus political dissidents, communists, socialists, trade unionists and those with particular religious views such as Jehovah's Witnesses.

The Holocaust touched nearly every part of the globe including here in North Down when Magill’s Refugee Settlement Farm on Woburn Road, Millisle took refugees as part of the Kindertransport Plan between May 1938 and when it closed in 1948. Magill’s farm in Millise hosted numerous young people saving them from the Holocaust.

The Holocaust legacy remains here locally in North Down where our link with the Kindertransport is remembered at Millise Primary School.

The Holocaust Legacy also exists across Europe with sites such as Auswitch-Birkenau existing a lasting examples of hatred and intolerance.

I visited Auswitch-Birkenau a few years ago and viewed the vast complex which extends across three sites. The sacks of human hair cut from victims and used to make fabrics remains stuck in my mind along with the hundreds of spectacles, toys and other possessions stolen from victims who subsequently entered the gas chambers.

Despite these examples many more genocides have occurred since the end of the Holocaust with countries such as Rwanda, Bosnia Herzegovina, Darfur and Cambodia experiencing genocides which resulted in the death of millions.

In the run up to Holocaust Memorial Day this year many local people from across Holywood travelled to Newtownabbey to attend the Northern Ireland Holocaust Memorial Commemoration which was opened by the First and deputy First Ministers. On the way back I spoke to a member of Holywood Baptist Church who told me about her experience of the genocide which occurred in Rwanda. She told me about the Churches she visited which were left ‘as is’ shortly before the entire congregation were massacred or the people she had met without limbs who were butchered during the civil strife which engulfed Rwanda.

Such stories provide yet more evidence that whilst the Holocaust was unprecedented in its character and horror lessons still haven’t been learnt.

Within my Motion I request that officers bring back a report on the possibility of arranging a small series of events in North Down surrounding Holocaust Memorial Day 2013. Costs for such events to be covered via current budgetary estimates for 2012/13.

Anne Frank once said “I must uphold my ideals, for perhaps the time will come when I shall be able to carry them out.”

Anne Frank never got the opportunity to carry out her ideals but tonight I urge you to support the motion to help ensure we help a new future where the horrors of the Holocaust are never forgotten nor repeated.