Muir calls for Bloomfields to stub out smoking problem 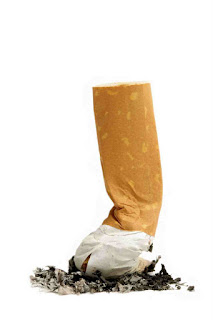 I am urging Bloomfield Shopping Centre in Bangor to more rigorously enforce no smoking rules after becoming aware of a new problem whereby shoppers are sometimes forced to battle through clouds of smoke to gain entry to the shopping centre.

I was recently contacted by a constituent concerned about the new set-up at Bloomfields. The nearby resident outlined that;

'When you walk through the doors of Bloomfield's or come out you are always greeted by smokers and the cloud of smoke. They literally spark up right by the doors and it's bad enough breathing it in but my son shouldn't have to do that as well or any children in fact. I think there should be a designated area maybe but away from the entrance'

In response, I contacted the Centre and was disappointed to receive an unhelpful response which stated;

'Ensuring that they [smokers] comply with a voluntary code limiting the areas in which they smoke would take a huge amount of goodwill on the part of smokers which I don't think is there and manpower which we can't afford.'

Following recent works to expand the shopping centre, the entrance area seems to have been amended and could be viewed under no smoking legislation to be substantially enclosed. Providing a litter bin and ash tray within the enclosed area therefore sends out entirely the wrong message.

Rather than seeking to apportion blame to others I urge Bloomfields to take decisive action to stub out this problem through, for example, re-siting the ash tray, increased signage, provision of dedicated smoking shelter and increased patrols. Customers, including children, should no longer have to walk through clouds of tobacco smoke when entering or exiting the shopping centre.
Posted by Andrew Muir at 20:47

I am disgusted by this melodramatic rant at smokers. I have yet to see said clouds of smoke at the entrance to Bloomfields though I do not deny some shoppers will smoke at the doorway. However being an open area smoke does not 'cloud' or linger thus any exposure to others will be negligible.
Please also bear in mind that these people smoking are also paying a hefty excise duty to the government I think they have every right to smoke, within reason, at the exterior of a shop, pub, restaurant etc. Government legislation is extraordinary draconian considering smokers pay considerable amounts to the Exchequer (In addition to regular tax).
I feel if the Government continue to heavily tax a pack of cigarettes and dictate where and when people can use them we are descending into a type of Liberal Fascism.
I will continue to exercise my right to smoke outside of Bloomfield as I pay for the privilege. The passive risk is non-existent. I know people who do not smoke who are ill more frequently than me (which is never). Any persons who have a problem with people smoking simply stay a few feet away when you pass or consider shopping elsewhere.

Twice I visited Bloomfield Shopping centre last week and still no poisonous clouds of smoke at the front entrance.
There was however a 'cloud' of Non-smokers gathered at the front entrance chatting amongst themselves oblivious to the obstruction they were causing whilst I was trying to navigate a 2 year old child and a pram around them!!!

Honestly people, you're complaining about people smoking outside Bloomfields. It's their RIGHT and the risk to your health is indeed non-existent.