The Alliance representatives are encouraging local people to drop off unused and second hand items directly to local charity shops and for people to check out the range of Charity Shops in Bangor and Holywood.

Commenting on the issue, Alderman Anne Wilson stated “As someone who has previously worked in a Charity Shop and regularly visits such shops I am keen to ensure they continue to receive donations and a steady stream of customers. Charity Shops provide a low cost, low carbon option for customers with income helping to support many good causes.

Recent research found that three quarters of people have unwanted clothing in their wardrobes that they no longer use*. I therefore urge people to have a hunt in their wardrobes and drop off unwanted or second hand goods to their local charity shop. By donating items directly to Charity Shops consumers can be assured that any profit is going directly to good causes rather than potentially to some commercial companies who collect items from your doorstep or textile banks.”
Read more »

Alliance Party Environment Spokesperson Anna Lo MLA and myself have welcomed announcement from the Environment Minister Alex Attwood that he intends to introduce a new Retail and Town Centre Planning Policy.

We have however urged immediate action to ensure edge and out of town retail developments aren't allowed to gradually transform to become much larger developments than originally intended.

The announcement was made in response to an Assembly Question from Anna Lo MLA concerning unchecked growth of edge of town retail developments which can occur to the detriment of Town Centre's across Northern Ireland.

North Down Alliance Councillor Larry Thompson has welcomed the recent decision by Planning authorities to reject an application for Apartments at Marino Filling Station, Bangor Road, Cultra describing it as good news for the residents living nearby.

Local Residents have campaigned over a considerable period of time submitting objection statements to previous applications culminating in the final application for a total of fourteen apartments in two separate blocks each three to four stories high.

Commenting on the issue, Cllr Thompson stated "The proposed plans were out of character with the surrounding low rise traditional private housing, overlooking houses and not in scale with the area.  After working with the residents and helping to represent the adjoining community I feel that this decision is good news. It’s an excellent result concerning a greedy development which would have damaged the character of the Cultra area of Holywood.”

Concluding, Cllr Thompson remarked “I am particularly grateful for the on-going interest and support for this and other applications from Holywood Conservation Group who played a valuable role to ensure this application did not proceed and continue to ensure the character of Cultra is retained”.

Muir comments on Unemployment in North Down

I recently received Unemployment Statistics from Alliance MLA Judith Cochrane which detail a 3.7% unemployment rate in North Down.

Whilst the current economic downturn is a cause for concern amongst most people, unemployment levels are of particular concern especially those who are long term unemployed.

Recent statistics from the Finance Minister helps to highlight hot spots within North Down which I know local bodies such as South Eastern Regional College (SERC) have been targeting.
Read more » 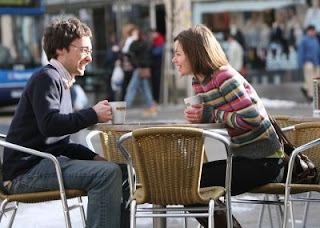 My fellow North Down Alliance Councillor Michael Bower and I have welcomed the announcement from the Social Development Minister that legislation will be introduced to enable street cafes on Town Centre pavements.

With people increasingly keen to dine or enjoy a coffee outside when the weather permits this legislation will hopefully enable businesses in Holywood and other Towns across Northern Ireland to finally operate within the law. The legislation will also provide some useful guidance to ensure pedestrians, especially the visually impaired and people with a disability, to safely use Town Centre pavements. I look forward to seeing the detailed proposals.
Read more »

I am urging the public to respond to the Reservoirs Bill consultation currently being undertaken by the Rivers Agency. The proposals seek to improve how Reservoirs are managed in order to reduce the risk of flooding.

I am however concerned that the legislation could pave the way for the sale of many Reservoirs by NI Water and that the environment could be damaged if Reservoirs are drained to meet the new requirements contained within the proposed legislation.

With no legislation currently in place to regulate management of Northern Ireland’s Reservoirs I warmly welcome the consultation being undertaken by the Rivers Agency. Legislation has been in place in England, Scotland and Wales for many years and I am glad we will finally be catching up.
Read more » 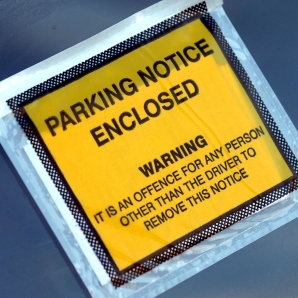 I am calling upon the Regional Development Minister to re-think recently announced plans to raise Parking Tickets to £90 and adopt a more flexible approach concerning issuing of Parking of Tickets after discovering that more tickets have been issued in Holywood than larger towns such as Carrickfergus, Antrim and Larne.

From the statistics it seems that Holywood is either a hot spot for bad parking or being targeted by overzealous authorities. Whilst bad parking can snarl up traffic in the Town, eagerly issuing tickets like confetti can deter people from visiting the town and should be avoided.

The Detail web site has revealed that during 2011 1691 Parking Tickets were issued in Holywood, compared to 1547 tickets in Carrickfergus, 1297 tickets in Antrim and 1374 tickets in Larne.

Raising the price of a Parking Ticket from £60 to £90 will, I fear, deter motorists from Holywood. Topping up Roads Service coffers shouldn’t come at the expense of local businesses. A £90 fine for staying in a Car Park space at High Street a few minutes after the One Hour limit is rather draconian.

I urge the Minister to re-think his plans to hike fines and encourage the Roads Service to adopt a more flexible approach concerning issuing of Parking Tickets in Holywood. With some discretion and a more reasonable approach people will hopefully feel more comfortable to visit the Town by car.