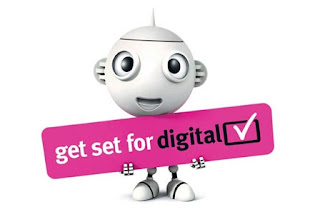 Alliance representatives have raised concerns that people across Northern Ireland will be unable to pick up RTE, TG4 and TV3 television channels, after the digital switchover starts tomorrow, October 10.
Earlier this year Ministers confirmed RTE 1, RTE 2 and TG4 will be available via Freeview following completion of the Digital Switchover on October 24, 2012.
However Alliance Councillors Andrew Muir and Patrick Clarke have now discovered viewers will need to obtain a new Freeview HD box to receive RTE and TG4, with TV 3 set to remain unavailable.
And with supplies of Freeview HD boxes running low, some viewers could face a longer wait to have full access to these channels.
BT Vision viewers will also have to wait until early 2013 to get RTE, whilst Saorview coverage will be patchy limiting ability of Northern Ireland's residents to pick-up Ireland's Freeview service.
Whilst I welcome the move to provide RTE and TG4 via Freeview, it is important that the public are aware of the technical limitations.
Viewers currently watching Digital Terrestrial TV need to check if they have a Freeview HD box if they wish to pick-up RTE rather than the traditional Freeview Standard boxes which won't be able to show RTE 1, 2 and TG4.
Anyone eligible for the Digital Switchover Help Scheme should make sure they request a Freeview HD box at the time of ordering if they wish to pick-up RTE, otherwise they could be left with just the standard channels currently available.
I am very disappointed to learn that the Digital Switchover scheme has run out of Freeview HD boxes, but encouraged that they will provide a standard box straight away and return a few weeks later to upgrade viewers to HD free of charge.
I am also disappointed at the exclusion of TV3 from the Freeview platform, and that BT Vision boxes cannot be upgraded to Freeview HD.
I accept that Freeview can never offer a limitless number of channels, but I am particularly disappointed that TV3 will remain unavailable due to the technical and commercial reasons cited by Department Culture, Media and Sport (DCMS) in their recent letter. TV3 is a popular channel watched by many and should be available across the Island of Ireland.
With many people now watching Freeview via BT Vision I was particularly concerned to learn that the boxes cannot be upgraded to Freeview HD.
After contacting BT's Chief Executive I am however assured that their Belfast based Global Development Centre plans to adapt the boxes and stream RTE 1, 2 and TG4 via the internet to each BT Vision box, with a full release currently planned for January-March 2013. Whilst a number of months after the completion of the Digital Switchover this innovative development built in Belfast should help provide a useful workaround.
Commenting on the patchy Saorview coverage across Northern Ireland, Down District Alliance Councillor Patrick Clarke added: "With many viewers unwilling to upgrade to Freeview HD boxes and keen to view the many Irish Channels via Ireland's Freeview service Saorview, I am very concerned that many parts of Northern Ireland will be unable to pick-up a Saorview signal.
"Many of my constituents in Newcastle and Dundrum will remain unable to pick-up broadcasts from South of the Border due to the Mourne Mountains and rightfully request a booster signal.
"I have therefore written to Ireland's Communications and Energy Minister Pat Rabbitte seeking an update if any plans exist to boost Saorview coverage in the North and look forward to his response.
"Through concerted action Alliance is determined to ensure all viewers are able to avail of the Digital Switchover benefits. Anyone with any further questions concerning the Digital Switchover should visit www.digitaluk.co.uk"