New faces at North Down Alliance

Holywood woman Kate Nicholl was elected as the new Chairperson of the Alliance Party in North Down last week, with Party Leader and Justice Minister David Ford MLA in attendance.


The local Alliance branch held its Annual General Meeting (AGM) on Wednesday, February 20, welcoming many new members for the first time. After her election Kate expressed her delight at her new role, adding she was looking forward to building on the success of out-going Chair Neil Dickey and continuing to build on Alliance's vision for a society without division, free from sectarianism and prejudice.

Kate Nicholl said: "I am so proud to have been given the opportunity to fulfil a more active role within Alliance. The Party is firmly on the up and I am looking forward to building on this momentum in North Down in the year ahead.

"I love Northern Ireland and despite the immediate political challenges it remains a wonderful place to live. But I know long-term stability and peace can only be achieved through a genuine commitment to a shared future, with Alliance the only party which credibly offers this.

"In recent months Alliance has been targeted through a serious of intimidating attacks for standing up for a policy we believe in. In North Down these attacks have hit very close and I am privileged to work alongside Councillors Michael and Christine Bower and Dr Stephen Farry MLA as they continue to lead Alliance locally as the Party for everyone.

The growth of Alliance was evident at the AGM, with many new members elected to serve on the committee alongside Alliance Party's range of elected representatives in North Down. Strong support was shown for Employment and Learning Minister Dr Stephen Farry MLA to Alderman Anne Wilson, Councillor Christine Bower, Councillor Larry Thompson, Councillor Michael Bower and Councillor Andrew Muir whilst they continue to champion Alliance Party's vision of a shared, safe, sustainable and prosperous society.

Outgoing Chairman Neil Dickey was thanked for his service with Jean Green re-elected as President to serve alongside veteran party member Donald Hayes as Vice President. Michael Watts briefed the meeting on 2012 as Secretary and agreed to serve for another year along with Chris Mackey as Treasurer who reported healthy finances and growing membership numbers. The late Alderman Tony Hill was praised with the great respect Tony commanded and support shown to Tony's widow Geraldine who was warmly welcomed to the meeting by all.

The Guest Speaker - Party Leader and Justice Minister David Ford MLA - addressed the AGM and told local members that 2013 was a year of opportunity for Alliance. He praised the courage and hard work of the party's elected representatives and stated the Alliance Party's commitment to creating a shared future for everyone would not falter.

David Ford added that despite the challenges of the past months, the increase in party members offered great hope for the future and he had no doubt the association would continue to work to raise the party profile and deliver change.

Anyone interested in getting involved with the Alliance Party should contact North Down Constituency Office via 028 9185 9475 or email north.down@allianceparty.org
Posted by Andrew Muir at 23:36 No comments:

Civil Partnerships are not equal to Marriage 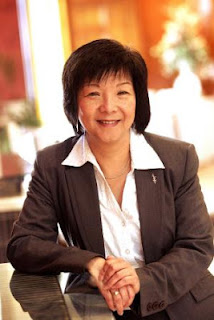 During Spotlight Special debate on Tuesday 19 February 2013 DUP Minister Arlene Foster MLA continued perpetrating the myth that Civil Partnerships are equal to Civil Marriage. Watch  this YouTube clip to watch the debate when Arlene was informed about the inequality which exists.

As I have previously stated, "Lesbian and gay people in Northern Ireland are today also being offered a cup of tea but when it comes to the cups opposite sex couples get china cups (Civil Marriage) whilst same sex couples get a mug (Civil Partnerships)."

Whilst Civil Marriage is important for same sex couples to place every couple, regardless of gender, on equal basis, Civil Partnerships Approved Premises Regulations would bring greater equality, place lesbian and gay people on same basis as their UK counterparts and uphold Human Right ECHR Article 9 concerning Freedom of Religion.

Failure to support the Approved Premises Regulations and Civil Partnerships in their entirety at inception and now only serves to highlight real basis of objection to Equal Marriage.
Posted by Andrew Muir at 00:45 No comments: 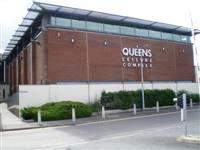 I welcome plans to upgrade the gym at Queen’s Leisure Complex, Holywood. Councillors were updated on plans at the Council meeting on Tuesday 5 February 2013 where it was detailed that a new area will be created for free weights.

Since taking over responsibility for the Leisure Complex the new operators have identified that the gym isn’t user friendly with the free-weights area located at the entrance to the gym which could reduce participation levels in females and over 60’s. A new area will therefore be created using 60% of the Sports Hall store to provide a new free-weights area accessible from the gym.

With new equipment to purchased and entire cost of the upgrade borne by the new operators this is excellent news for gym users delivering enhanced facilities and making a visit to the gym to undertake an active lifestyle even more attractive.

As a regular gym user and road runner I look forward to seeing the benefits and impact of these changes when effected following the tender exercise due to commence shortly.

Details concerning Queens Leisure Complex and how to join at www.northdownleisure.com
Posted by Andrew Muir at 21:47 No comments:

Parking improvements on the horizon at Seapark, Holywood

Since becoming a Councillor I have been acutely aware of concerns in relation to lack of sufficient car parking spaces in the Seapark area which is exacerbated when the weather is particularly good.

I therefore raised a suggestion that the carpark is redesigned to accommodate more vehicles via road markings in 2010 and after following up the issue on a number of occasions am delighted to learn that work is due to commence later this month and be completed by middle of March 2013.

Work will involve extension of the existing area to maximise number of available parking spaces, improved entrance, line markings and allocation of designated spaces for the use of those with special needs.

Whilst the improvements will not eliminate parking problems it will hopefully help reduce scale of the problem and make the Seapark area more attractive and accessible for visitors who wish to go for a walk along the Coastal Path, visit the playground, use the nearby pitches or purchase an ice cream when the van is present.

I am continuing my campaign to end the sewage pollution problem in the Kinnegar area with NI Water now confirming that agreed £3m solution will proceed. Interim action to reduce the awful smell is also on the horizon.

With many people still rightly concerned about on-going pollution problem in the Kinnegar area I am determined to relentlessly continue my campaign to bring an end to the awful sewage smell and ensure that all the environmental damage that has occurred is rectified. Wildlife visiting the Kinnegar Lagoons and reed beds should no longer have to wave through gallons of stagnant sewage.

Recent correspondence with NI Water indicates that £3m plan to resolve the problem is being progressed with construction work expected to commence on site later this year. Interim action to deal with recent upsurge in unpleasant odours is also being pursued with NI Water reporting:

‘We have detected strong odours emanating from the pipeline that drains the Lagoons particularly at low tide. There is a possibility of sewage related debris in this pipeline is coming into contact salt water generating unpleasant gases. An NI Water official has been in consultation with contractors to arrange a CCTV inspection of pipeline to determine presence of debris and test the hypothesis. This is planned for next week. If we find debris we will arrange de-silting to remove debris and re-test for presence of gas.’

I look forward to witnessing impact of interim action and have asked my colleagues at NI Assembly lobby the Regional Development Minister and ascertain definite timelines when the £3m scheme will start and finish.
Posted by Andrew Muir at 21:37 No comments: