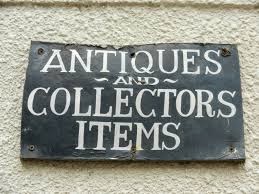 Do you have forgotten treasures hidden away in your attic or a painting or object that you have always been curious about?  If so, then dig them out and bring them along to Camphill Community Glencraig (signposted off the main Holywood to Bangor Road) on Saturday 8 March.

A team of Consultants from the world-famous auction house, Sotheby's, will be on hand to value all your items from jewellery and paintings through to toys, china and silver etc … etc.  Sporting Memorabilia Specialist, Graham Budd, and Sporting Gun Specialist, Gavin Gardiner, will also be there to provide valuations in these specialised areas.

Speaking on behalf of Sotheby's, William Montgomery commented "We are delighted to be giving our services on behalf of Camphill Communities NI and the Mayor's other chosen charities."

All proceeds raised by the event will go to support The Mayor of North Down, Cllr Andrew Muir's chosen charities; Camphill Communities NI, Bangor YMCA and the Mark Pollock Trust.

Over the last few months I have been involved in lots of charity events and am delighted that we have had so much support for our fundraising efforts from many people across North Down.  I must commend Camphill Communities for organising this Valuation Day, which promises to be both a unique and incredibly interesting event.

My special thanks to Sotheby's for donating their time and expertise.  I do hope many people will take advantage of this very cost effective opportunity to have some of their heirlooms valued – you never know what treasures may be uncovered!"

I welcome the recent court decision that will see the historic King John's Highway in Holywood restored to its rightful use as part of a Public Right of Way.

Since 2010 I have been campaigning to ensure King John's Highway is re-opened and have worked closely with the Ulster Federation of Rambling Clubs and Holywood Conservation Group to see this become a reality.

I relentlessly lobbied North Down Borough Council to take the necessary action to see the path officially declared a right of way and oversee the removal of any obstructions.  The campaign was aided by a petition initiated by Holywood Conservation Group, which was signed by over 250 people.

Until recently North Down Borough Council has been locked in a legal battle with the owner of the surrounding ground – who has now been instructed to remove the padlocked gates blocking the right of way immediately.

This is fantastic news proving that a committed campaign can reap the required rewards.  Holywood is the gateway to North Down and the re-opening of this public Right of Way ensures another key link to the great outdoors for local people.

This well fought battle has also restored a piece of Holywood's history.  King John is said to have passed through Holywood in 1210 on his journey from Carrickfergus to Dublin.  Legend has it the King spent time on his journey in the Government Bailey, situated on the Holywood Motte, before heading to Dundonald via the King John's Highway off Creighton's Green Road.

Open green space is an asset to any community.  Public paths and rights of way like this one are extremely important.  I know many will enjoy this pathway and following in the footsteps of Holywood's famous royal visitors.  Along with the Coastal Path upgrades, Holywood will soon have a lot to offer its active residents.

I visited Clandeboye Estate on Thursday 6 February 2014 to find out more about the recent planning application made for a eco energy anaerobic digester within the grounds of the Clandeboye Estate, Bangor. The anaerobic digester will convert farm waste into heat and power which will then be used by the Estate and a local business. Any remaining power not required will then be sold to the electricity grid.

I am electrified by Eco Energy initiative at Clandeboye Estate after viewing a similar anaerobic digester already in operation at Blakiston Houston Estates, Dundonald, seeing the site for the new digester near the Clandeboye Dairy and hearing about it's potential to generate energy for the Estate, nearby Clandeboye Lodge and the wider grid.

With rising fuel prices and the urgent need to reduce our carbon footprint I am delighted to see Clandeboye Estate progressing this initiative and hope relevant government authorities can give necessary approvals as soon as possible. Clandeboye Estate is leading the way in building a clean and green environment through this and other eco friendly initiatives and deserve great praise.

Particular thanks must be expressed to Clandeboye Estate Manager John Witchell for the vision to pursue this eco energy initiative and for spending time with me to explain how the anaerobic digester will operate. I wish John and Clandeboye Estate every success with this and other well known initiatives helping to make North Down a great place to live, work or visit.

The Alliance Party in North Down held their Annual General Meeting at the new Bangor Aurora Centre on Thursday 30 January 2014 and used the event as an opportunity to celebrate achievements through 2013 and look forward to year ahead.

The Party re-elected local representative Kate Nicholl to serve as Chairperson who will serve alongside new member Stuart Anderson who was elected as Vice Chair. Michael Watts was re-elected as Secretary, Chris Mackey as Treasurer, former Mayor of North Down Donald Hayes as President and Emma Bell as Vice President.

I was Guest Speaker for the evening and used the opportunity to outline my positive vision for the future, detailing   my achievements to date as Mayor. With a theme of “Working as One” and three priorities I was able to outline a wide range of events and actions taken to build a shared, inclusive, active and prosperous society.

Commenting after the event, Kate Nicholl, Alliance North Down Chairperson stated “I'm delighted to be re-elected as Chair of the North Down Alliance Association. We've had a great year and I know that enthusiasm will continue into 2014. When so many people are becoming increasingly frustrated with local politics, it's energising to be working with so many people who share the same positive ambition to create a better future for everyone."

In a recent survey conducted by the Alliance Party 97% of respondents called for a Residents Parking Scheme in their street.

Many residents we spoke to recalled the practical difficulties being encountered without a parking permits scheme such as being unable to park close to their home and having to carry shopping extremely long distances.

Whilst 86% of respondents want the scheme to apply All Week 58% want it in operation 24 hours a day and remaining opinion split between 8am to 6pm and 8am to 10pm. £80 fee previously proposed by Department for Regional Development has rightly been rejected.

With no progress evident, despite promises to start piloting schemes in 2008, Alliance is urging local Residents to sign our online petition at make your views known to the Regional Development Minister Mr Danny Kennedy MLA.

I recently welcomed Peninsula Triathlon Club to the Town Hall, Bangor on Wednesday 29 January 2014 for a formal Mayoral reception to recognise achievements of the club and listen to their views on how, Working as One, we can build an active society across North Down and beyond.

Peninsula Triathlon Club is a vibrant, successful club based in North Down which trains at Bangor Aurora every Thursday evening (Swimming), at Bangor Sportsplex every Monday evening (running) at Groomsport and Six Road Ends every Saturday and Sunday (Cycling). Members excel at not one, not two but three sports and are to be greatly admired. I was particularly impressed at how professionally run the club is with sponsorship secured from both Pier 36 and Edwards and Company.

Whilst Mayoral commitments may not permit me to take part in a Triathlon during my Mayoral term I look forward to one day joining the club running, cycling and swimming towards success. In the meantime I am greatly appreciative of the club jersey presented and wish all members best of luck in their future sporting endeavours.

I welcomed the club to the Mayor’s Parlour as Mayor and Honorary Member of the Club and then provided a tour of the historic Town Hall.

As the largest Cycling Club in Northern Ireland, North Down Cycling Club should be rightly proud of their achievements to date with many awards clinched and all abilities catered for via a range of cycle rides which take place every week throughout the year. All present, including myself, spoke about the forthcoming Giro D'Italia and eagerness to enjoy this cycling spectacle at the event specially organised by North Down Cycling Club.

I look forward to supporting the Giro D'Italia and North Down Cycling Club in my club colours later this year. In the meantime I will continue my work to create a Bicycle friendly Borough as Mayor, Councillor, Cycling Club member and Sustrans Ranger, facilitating safe sustainable travel by bicycle through a range of initiatives, whether it be Coastal Path upgrade, Cycle Hire, Road Safety improvements or Bike Week initiatives.