I welcome progress achieved to end the sewage pollution problem at Kinnegar Lagoons, Holywood. In a recent update from NI Water it was confirmed that £4.5 million scheme is still due to be completed by Summer 2016.

After relentless lobbying since 2010 I am glad to see construction work continuing as per timescale. For far too long people living, working, visiting or travelling past Holywood have had to endure awful odour as a result of chronic pollution permitted by NI Water into the scenic Kinnegar Lagoons. Following numerous meetings with NI Water, lobbying of the Regional Development Minister, a formal complaint to both the NI Environment Agency and the European Commissioner for the Environment I was delighted to see £4.5million awarded to address the pollution problem and construction work commencing in 2015.

With the construction project involving tunnelling underneath the busy A2 Bangor to Belfast Dual Carriageway and Railway Line plus past a major gas pipeline I am glad to see work continuing apace and the challenges in relation to the gas pipeline outlined and being addressed to ensure project completion as planned in Summer 2016.

Following completion of the construction works the focus must then turn to remedial work to return Kinnegar Lagoons back to the environmental haven once enjoyed by wildlife until the pollution occurred. I look forward to working with NI Water to bring the entire project to completion after a long but yet determined campaign which will hopefully improve the environment for future generations. 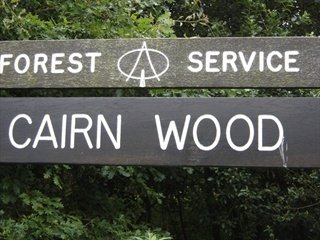 Sign the Petition to Save Cairn Wood Forest calling upon the Minister for Regional Development Michelle McIlveen MLA to instruct NI Water to remove it from sale and leave it within public hands by visiting link below.

Campaign steps up to save Cairn Wood Forest

I've stepped up the campaign to save North Down's Cairn Wood Forest, after it was discovered NI Water had placed the popular environmental asset up for sale along with Ballysallagh Upper Reservoir.
I have submitted a motion for debate at Ards and North Down Borough Council next Thursday 17 December 2015, requesting the Council urgently writes to the Minister for Regional Development requesting Cairn Wood is removed from the sale and launched an online petition, giving local people a forum to express their opposition to the move.
It is extremely disappointing that despite the growing public outrage in response to NI Water's plans to sell Cairn Wood, nothing has changed and North Down still risks losing part of a popular environmental asset.
It is essential that Cairn Wood is removed from the sale and left within public hands, open for public use on the same basis as enjoyed by many over previous decades.
I have also started a Petition giving local people a forum to express their opposition to this disgraceful move at https://www.change.org/p/minister-for-regional-development-minister-for-regional-development-michelle-mcilveen-mla-save-cairn-wood-forest
My colleagues at the NI Assembly have also tabled questions for answer and seeking that bring Ministers to account including both the Minister for Regional Development, who oversees NI Water, and Minister for Agriculture, who oversees the Forestry Service.
With a previous Freedom of Information request detailing that NI Water may not have the right to sell Cairn Wood Forest due to 150 year lease signed by previous owners Bangor Borough Council in 1964, I am now also seeking legal opinion whether NI Water have the right to proceed with their shameful plan to sell the Forest which must be halted without delay.
Email correspondence previously obtained clearly indicates that the sale of Cairn Wood would be inhibited due to the lease with the strategy in 2010 : 'End result if it all works out - The land that is forested stays with Forestry no expense to NI Water and no liability, You get rid of at least one of the reservoirs, NI Water takes in some money.

I have started a campaign for greater allotment provision across the new Ards and North Down Council Borough.
Highlighting the issue at a recent Council Committee meeting, I outlined that allotments are not only good for an individual’s mental and physical health, but, if tended correctly, could help local people save money of their weekly supermarket shop.
As our town continues to develop, allotments provide a much needed green space for many to enjoy. For example, whilst Bangor is Northern Ireland's largest Town accommodating over 59,000 people, limited allotment provision exists denying many people living in premises with small or no gardens the opportunity to grow their own. Newtownards, meanwhile, has Ards Allotments on the Comber Road providing plots for local people to enjoy with a vibrant community atmosphere as I witnessed a few weeks ago during their Open Day Event.
There are so many benefits to tending an allotment. Not only is it great exercise and can help boost your exposure to the Sun, but through time spent they can also help reduce a households expenditure.
But looking beyond the benefits to ourselves, allotments are also essential in helping local wildlife grow and develop. In cultivating an allotment you are helping to keep biodiversity levels buoyant and continually protecting out eco system.
I’m delighted other Councillors were able to get behind my proposal and look forward to the report that comes back from Council staff as we begin to move forward in increasing allotment provision across the borough.

North Down Alliance Councillors have slammed what they describe as a "shambolic approach" adopted by government departments concerning Public Realm schemes in Bangor, Holywood and Donaghadee.

With the schemes now coming to an end Departments for Social and Regional Development are each responsible for follow on actions such as roads resurfacing and funding to help traders recover after the significant disruption endured.

Commenting on matters, North Down Alliance Councillor Andrew Muir stated "Rather than a joined up strategic approach we are witnessing abdication of responsibility, buck passing and a mediocre response which is endangering the long term benefits of the multi million pound Public Realm schemes. With new pavements, street lights, benches, public art and other elements now in place as part of the Public Realm schemes the Department for Regional Development should be coming forward with necessary road resurfacing schemes to compliment the high quality foot paths.

“Instead we are being told that current worn road surfaces will have to do despite having been dug up and in need of resurfacing after years of use. I have already written to Transport NI requesting action but with no success and will therefore raise the issue with the new DUP Regional Development Minister Michelle McIlveen MLA in the hope that sense will prevail."

After months of disruption, funding to help traders get back on their feet has also been cut and offered to businesses with only a few days to respond. Alliance Councillor and Donaghadee Steering Group Chair, Gavin Walker said" The decision by Mervyn Storey DUP Minister of Regional Development to postpone the transfer of regeneration powers to Councils has placed the delivery of ambitious and exciting Master Plans in jeopardy. The recently completed Public Realm work was to be the start of a period of development for our towns – not be an end in themselves.

“The Minister has made this decision despite the promise of the transfer of Regeneration powers to Council as an integral part of the Reform of Local Government. So his statement that ‘now is not the right time to go ahead with the transfer of these key DSD functions to councils,’ is both disingenuous and a body-blow to the Steering Groups which have been preparing to deliver many of the exciting aspects of the Master Plans.

“Our hopes to create an outstanding tourism destination in Donaghadee with the creation of the Commons Coastal Path and Crommelin Eco Park have been unnecessarily put into jeopardy with us being left floundering after this incredible last-minute moving of the goalposts by the Minister.


“If we are to have any hope of delivering even small parts of the Master Plans we need to have more funding with a more strategic approach rather than a small pot now and no guarantee of anything in the future. I have raised my concern with DSD officials and will be writing to the Minister on behalf of the residents of Donaghadee to express my disappointment in the strongest terms.”