Northern Ireland Water must fulfil all commitments to end the pollution problems at Kinnegar Lagoons. NI Water had pledged to complete a £4.5 million scheme by Summer 2016, but have since confirmed the third and final phrase has encountered significant technical difficulties and is unlikely to be completed on time.

The latest update from NI Water is encouraging, but it is disappointing for all involved that the work will fall short at the final hurdle.

After relentless lobbying since 2010, I was delighted to see construction work finally get underway and with a completion date already established.  This gave great hope to many people across Holywood who have had to endure awful odours over the years as a result of the pollution problems at Kinnegar Lagoons.

While it is great to hear work has been completed to address two out of the three overflows considered to be at the source of the problem, the third phase includes tunnelling under the A2 Bangor to Belfast Road and NI Water must overcome any difficulties, allowing them to complete the overall project.

This work won’t only address the odour problems for residents, but will significantly boost the local environment, improving it for future generations.

That’s why, unlike others, we can’t claim victory just yet and I’ll be ensuring pressure remains on NI Water to deliver what was promised.

After some amazing achievements over previous years, including completing the Dublin Marathon as the first Irish Man in 2012 in a blistering 2hrs 16mins 33seconds and then the Berlin Marathon last year in 2hrs 15mins 38seconds I have been delighted to watch Paul’s progress towards Rio. With his foot injury now healed I have every confidence that Paul will be a runway success later this year, bringing yet more joy and pride for his family, friends, the people of Holywood and beyond. I wish him every success and good wishes.

I offer warmest congratulations to Rory McIlroy on his Irish Open Win which is not only a personal success but also a reason for great pride for the people of Holywood and beyond.

His donation of the winning of £515,000 to charity is a testament to his sense of generosity and commitment to those in need.

I will be following up my request that Council explores permanent recognition of Rory’s achievements in Holywood Town Centre this week, keen to ensure we celebrate and remember his great successes. 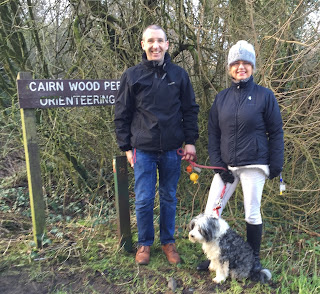 Earlier this year we witnessed people power in action with thousands of people signing the petition I set-up, actively lobbying Councillors to support my motions at Ards and North Down Borough Council and attending a packed Public Meeting in Holywood.

Just a few days after we presented the Petition to the Northern Ireland Assembly the Minister performed a u-turn, halting the sale and announcing that “the Forest Service has now expressed a strong interest to NI Water in purchasing this site, therefore in line with guidance on the disposal of assets, sale on the open market will no longer be pursued while this interest is explored”.

Whilst we all welcomed minister’s announcement little firm information on future plans has flowed to the public from either NI Water, Department for Regional Development or the Forest Service, despite repeated requests.

With my passion to secure Cairn Wood’s future undiminished I therefore submitted Freedom of Information requests to secure openness and transparency on the issue. The deadline for response was last Friday 27 April but unfortunately a decision has now been made to delay disclosure until after the election.

Bike Week is due to wheel into Ards and North Down after I managed to secure Council support to organise a series of events to encourage cycling.

I brought the motion after previously securing Council support in previous years to celebrate Bike Week which will occur 11 – 19 June 2016. Bike Week 2016 theme is focused upon Cycling to Work


As a Honorary Member of North Down Cycling Club and Sustrans Volunteer Ranger, I am delighted to have secured unanimous support of the relevant Council Committee to embrace Bike Week via organising a series of events. Cycling is good both for your body, mind and the environment whilst also a quick and cheap way to get from A to B.