Use your vote positively

This election will be one of the most important for generations. The next government will have the vital task of ensuring the Brexit negotiations deliver the best possible deal for Northern Ireland and the UK generally

It is important voters recognise, and reject, the attempts by the DUP to bring the issue of a border poll into this election. This scaremongering is yet another desperate attempt to distract from the real issues, whether they be restoring devolution, creating jobs and protecting our Public Services.

As the Alliance candidate for North Down I offer a strong pro-EU view on what is best for Northern Ireland. We benefit greatly from our membership of the EU and there is real fear many businesses and farmers will be badly affected following Brexit.

On other issues, I strongly support an open, welcoming and inclusive society which treats all citizens equally and values contributions made by people from other countries who choose to live and work in Northern Ireland. 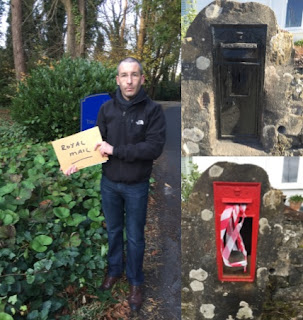 I have hit out at Royal Mail for delivering a second class service for the people of Holywood after the removal of two Post Boxes in the area.

The Post Box at Station Road, Craigavad was removed in 2016 and has yet to be replaced with Royal Mail refusing to even meet to discuss the issue. A recent complaint raised by myself to the Postal Review Panel watchdog has also now been refused.

The Victorian Post Box at Seafront Road, Cultra was also decommissioned just before the Easter Holidays and is now painted black with the aperture closed and local people still waiting for a new box to the installed nearby.

Despite the strong support expressed by local people across Craigavad for the Post Box to be replaced via Petition Signatures and letters of support I am dumbfounded to learn that the Postal Review Panel are unwilling to intervene.

Their refusal to consider locating the box at the new location kindly offered by a local resident on the basis that any future owner may ask it to be moved lacks any logic with thousands of Post Boxes across the UK already on private land. Idea that people should travel back in time and visit the Folk Museum as the nearest location to post a letter is ludicrous.

Whilst profoundly disappointed I remain undeterred and will continue the campaign for the people of Craigavad to receive the First Class service they deserve. A reply is now awaited from Royal Mail after Ards and North Down Borough Council unanimously agreed to call upon the company to reinstate the box.

Sadly the corrosion is now considered beyond repair and, as a result, it has proven necessary to decommission the box, paint it black and close the aperture to prevent further usage. Whilst I am disappointed about the decision to abandon the traditional bright red look I can understand the decision taken.

I cannot however comprehend the length of delays being encountered to provide a replacement nearby. I will continue to lobby for speedy replacement in advance of the quoted timeline of 8 to 12 weeks and will not rest until a red box reappears.
Email ThisBlogThis!Share to TwitterShare to FacebookShare to Pinterest 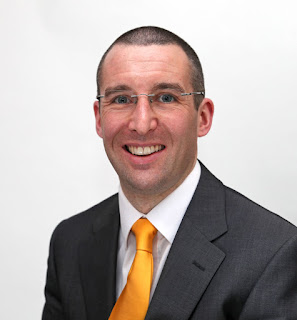 I am absolutely delighted to be selected to stand for Alliance in North Down in the upcoming Westminster election on June 8.

In little under six weeks, people across the United Kingdom face one of the most important elections of our time.

We must choose whether to continue along the road the Conservative Government, aided by the DUP, is determined to take us on, delivering the hardest of Brexits, with closed borders, polarised politics and economic uncertainty on the horizon.

I am seeking election in an effort to give the people of North Down the opportunity to signal a desire to change direction away from this destination by choosing an Alliance Party candidate firmly committed to an open, inclusive, prosperous and ambitious future within Europe.

With seemingly endless elections and on-going deadlock at Stormont I entirely understand the real sense of frustration felt by many. Never before have we seen such unprecedented events, casting aside the old certainties and norms.

I am however passionate in my belief that we can and must change direction to ensure the extremes don’t dictate our future. Only by voting for the positive progressive vision offered by Alliance can we strengthen the liberal centre ground and deliver a positive alternative to the divisive agenda of others.

I love North Down, am proud to call the place home and really looking forward to the campaign ahead.

Biog
North Down Alliance Councillor since 2010, previous North Down Westminster Candidate in 2015 and Mayor of North Down 2013/14 when undertook over 700 engagements under theme ‘Working as One’. Previously Alliance Party Chairperson and President, currently leader of Alliance Party group on Ards and North Down Borough Council. Outside politics, Andrew works as a Project Manager with Translink and is a keen runner, competing for North Down Athletics Club for a range of events including Belfast City Marathon on Monday 1 May 2017.