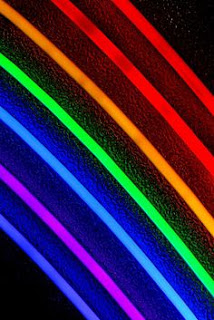 Ards and North Down Alliance Councillor Gavin Walker and I have welcomed a recent decision by an Ards and North Down Borough Council Committee to back our proposal affirming that lesbian, gay, bisexual and trans people be accepted and valued as equal citizens with Ards Town Hall to be lit up in Rainbow Colours to coincide with Pride Day.

I presented this motion in the hope that we could make a positive difference to the lives of lesbian, gay, bisexual and transgender people living, working or visiting our Borough and am therefore delighted to have secured backing of the relevant Council Committee in affirming that LGBT people should be accepted and valued just like everyone else.

I am extremely grateful to all those who supported this motion and sincerely hope that Council will ratify this decision and let Ards and North Down Borough Council make history as the first Council in Northern Ireland to back such a pledge making it clear that nobody should feel that being LGBT is something to be disappointed about or ashamed of.

Full Council meeting will occur on the evening of Wednesday 26 September from 7pm where members of the public can attend and hopefully witness passing of this positive decision.


Whilst my own personal experience is largely positive bar a number of incidences of homophobic violence and discrimination in the late 1990s and early 2000s and an extremely supportive family, circle of friends, work colleagues and political party I know that many others have not been as fortunate hence why I proposed the motion.

Councillor Walker also remarked “As the father of a gay man, I know how much value parents place on creating an environment where our children can feel valued and accepted at a time when they need support in understanding their own minds and bodies.

It was coincidental that the Committee met on World Suicide Prevention Day, but when 25% of our LGBT community has attempted suicide and 47% has considered it as an option, the coincidence added poignancy and helped focus Councillors minds to reach this landmark decision.

It might seem trivial to place store on the physical act of lighting Council buildings in Rainbow Colours on Pride Day, but the message of acceptance that will send out to our LGBT community, their family and their friends will be very powerful. It will say simply that everybody without exception is respected and valued whether as resident or visitor here in Ards and North Down Borough and that they should feel they are in a safe and secure place.

There is nothing more isolating than feeling different to everybody around you. And when that is coupled with living in an environment which amplifies that difference, then the pressure can be unbearable. As a Council we are unable to change the feelings individuals might have, but we can certainly create an environment of acceptance and love that will give our LGBT brothers and sisters time and space to fulfil their lifelong potential."

Motion supported Council’s Corporate Committee on 11 September 2018 and now subject to ratification at Full Council on 26 September 2018 “That this Council acknowledges the positive contribution that diversity brings to our communities and accordingly affirms that all lesbian, gay, bisexual and trans people living, working or visiting our Borough should be accepted and valued as equal citizens as part of a safe, welcoming and inclusive society. Council consequently requests that officers bring back a report on how we can positively fulfil this pledge including via lighting of Ards Town Hall in Rainbow Colours to coincide with Pride Day each year on the first Saturday of August.”.
Email ThisBlogThis!Share to TwitterShare to FacebookShare to Pinterest
Newer Post Older Post Home