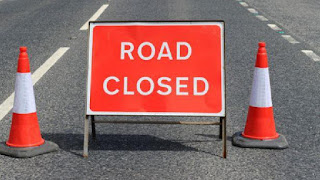 Enacted during the dying days of the last Assembly, Special Events on Roads – road
(Miscellaneous Provision) Act (NI) 2010 legislation continues to have many far reaching negative consequences upon local communities and sporting bodies, with Ards Half Marathon and Groomsport 10K / Half Marathon cancelled as a direct result and even Holywood May Day Festivities endangered.

I was therefore keen to ensure we as a Council reviewed operation of the legislation and fees charged in an effort to alleviate some of the issues being encountered and submitted my motion back in June 2018 stating "That this Council requests that officers bring back a report on how the new legislation and arrangements concerning Special Events on Roads – road (Miscellaneous Provision) Act (NI) 2010 has been operating one year after enactment ton 4 September 2017 including costs charged compared to other Councils and with a specific focus concerning impact upon charitable / not for profit organisations and sporting events.”

I would like to thank Council officers for the work undertaken in this regard and comprehensive report generated for Committee in November 2018. With no functioning Assembly the opportunities for legislative change is unfortunately impeded but I look forward to the future report concerning costs charged which may, in some way, alleviate the problems being endured due to ill thought out legislation which seems to be more about bureaucratic nonsense rather than assisting local communities and sporting bodies in the positive work they do.