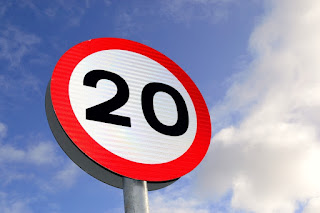 North Down Alliance MLA Andrew Muir and Councillor Connie Egan has called for the Department for Infrastructure to prioritise introduction of 20 mph Speed Limit Schemes in North Down after not a single school was included in most recent Ministerial announcement.

Commenting on the issue, Andrew Muir MLA and Party Infrastructure Spokesperson stated “Whilst I warmly welcome the Minister’s announcement to roll out schemes across Northern Ireland I am disappointed no schools in North Down are listed to be included.

The safety of children and young people must be of paramount importance but I am very worried to see no action to help limit the speed of traffic outside North Down schools currently without speed restrictions. I have formally raised the matter with the Infrastructure Minister and will be lobbying for action to ensure this omission is rectified”

Councillor Connie Egan added: “It is a matter of regret schools in North Down missed out on this opportunity in joining others in having the safety of their pupils increased by this move.

Parents of young people in many local schools have contacted Alliance asking us to push for the Minister to think again and it is something we will pursue. In the meantime, I would appeal to all drivers to take care and slow down while outside schools”