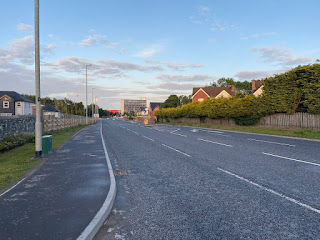 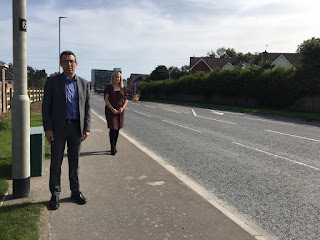 North Down Alliance MLA Andrew Muir and Councillor Gillian Greer have welcomed commitment from Transport NI to explore creation of a safe pedestrian crossing on the Rathgael Road in Bangor after they made representations for action in response to many concerns expressed by local residents urging action before a tragic accident occurs.

Commenting on the issue, Andrew Muir MLA stated “With the Rathgael Road now upgraded in parts to a four lane carriageway and acting as de facto outer ring road local people are increasingly concerned at risks associated with crossing the road desperate for a safe crossing to be installed before someone is killed or seriously injured.

Speaking about the issue, local Councillor Gillian Greer said that concern about traffic speed and management on the Rathgael Road has been a long running issue, with the widening of the road exacerbating the problems.  Cllr Greer said, “I have written to Transport NI many times, highlighting safety concerns and I’m glad to hear that they are now taking this issue seriously and will be assessing the feasibility of creating a safe pedestrian crossing”