Alliance North Down MLA Andrew Muir has called on people to think twice before visiting oversubscribed local beauty spots as the weather improves with the onset of spring.

Commenting on the issue Mr Muir said “I understand how difficult this third lockdown has been for everyone and how vital exercise is in terms of keeping us healthy both mentally and physically. However there are several local hotspots that tend to become inundated with visitors even under normal times and are now at risk of being completely swamped given increased attendance due to lockdown.”

“It is important that people take personal responsibility for their journeys and stay closer to home to exercise where possible. The sheer volume of visitors to these areas is making parking completely unmanageable, causing disruption for nearby residents and making social distancing almost impossible. We saw what happened last year with hundreds of people gathering at local beaches causing chaos, with even one police officer being attacked while trying to disperse crowds at Ballyholme.”

“I have reached out to the relevant authorities to check that sufficient preparations have been put in place to manage this in the run up to spring. We must be pro-active in terms of planning ahead to deal with this risk and also in reminding people that even when they are technically allowed to go somewhere under regulations, it doesn’t mean they should.” 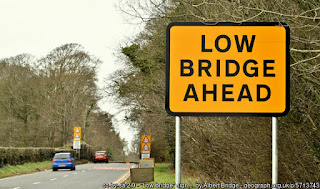 Local Alliance representatives have called for definitive action from the Infrastructure Minister to do more to prevent further bridge collisions on the Ballysallagh Road, Craigantlet, following several incidents in recent years.

Commenting on the issue North Down Andrew Muir MLA stated, “This bridge in particular has seen many strikes over the years and being on a busy commuter route each time this occurs it causes severe disruption to the road network. I asked The Minister a formal Written Assembly Question around why her Department was unwilling to do more to prevent further incidents and was informed that they consider current signage and markings to be sufficient.”

“The Road was closed for several weeks following one particular strike by a heavy goods vehicle in late 2019 causing traffic chaos in the area and misery for local residents. It’s clear additional signage alone isn’t enough to stop this happening again.”

Alliance Councillor Gillian Greer stated, “It is glaringly obvious that unless further measures are put in place this will just keep happening time and time again. Luckily most incidents have only caused superficial damage but the risk of a serious road traffic collision is very real and the Department needs to step up before this is allowed to happen.”

To ask the Minister for Infrastructure why her Department is unwilling to consider further measures to reduce and inhibit bridge collisions on Ballysallagh Road, Craigantlet, following collisions in recent times.

Following a bridge strike in early 2018 my officials carried out a review which resulted in a series of additional signs being erected. This brings the total number of signs on the bridge and the approach roads to fifteen.

Officials have installed significant signage and markings on the approaches and on the bridge to alert drivers to its presence. I am advised this is sufficient and as such there are no plans for further measures at this time. There are limitations to what my Department can do and there is a responsibility on drivers of high vehicles who are expected to know their vehicle size and to plan their routes to avoid hazards such as low bridges. 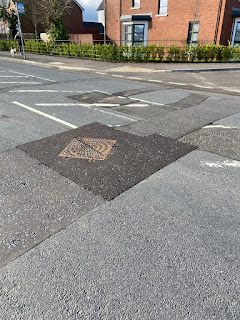 North Down Alliance MLA Andrew Muir has asked the Minister for Infrastructure for an update on works to address the multitude of problems relating to the road surface adjacent to the new housing development at The Banks on Groomsport Road, Bangor.

Commenting on the issue he said “After receiving a number of residents’ complaints relating to noise and vibrations coming from the faulty road surface and maintenance hole cover on the road outside the development I was glad to see commissioning of a report with findings sent to the Roads Service and NI Water. The lack of progress in implementing the solutions needed is however greatly disappointing. Residents should not have to suffer this nightmare with local people unable to sleep due to noise and vibrations coming from faulty road surface when vehicles pass.

NI Water had confirmed the maintenance hole cover would be replaced and other remedial works carried out in the New Year but level of progress has been pitifully slow resulting in need for me to contact the Department for Infrastructure emergency out of hours service last Saturday in light of the serious road hazard caused to passing motorists by faulty maintenance hole cover.